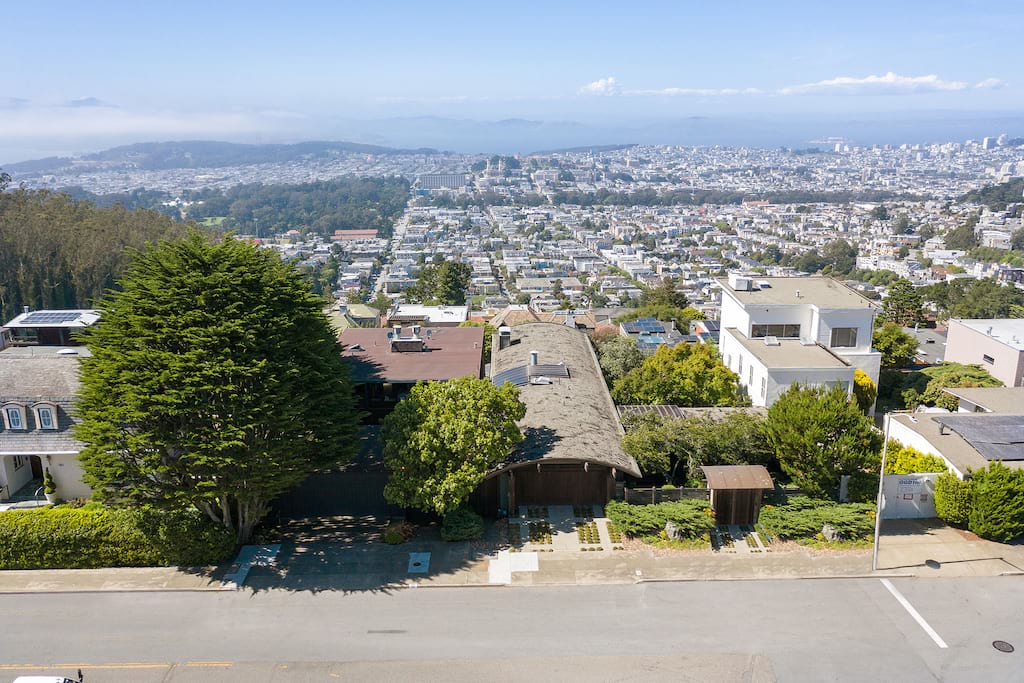 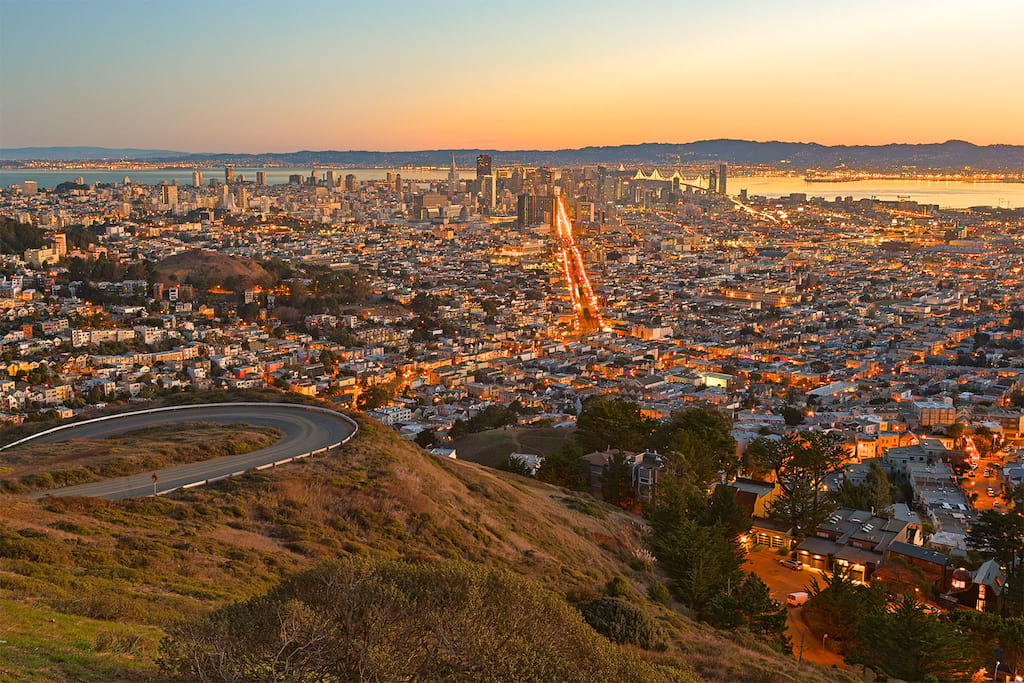 This stunning custom midcentury home, designed by well-known local modernist architects Campbell & Wong, is offered on the market for the very first time having been enjoyed by the same family since it was built in 1958.  At the time there were few homes in Clarendon Heights, which is situated on the eastern slopes of Twin Peaks facing the north and east bay with bridge-to bridge views. Each new home constructed on the hillside represented a personal vision and provided accommodations for another new family as the neighborhood grew. And now, with homes rarely available on the hill, this site is available for another grand adventure.

Surrounded by serene open spaces, in touch with nature, the changing weather patterns and watching the city below from a hawk’s eve view, you can soak up the visual impact of the bay laid out before you: Marin Headlands and the Pacific Ocean, Golden Gate Bridge, Mt. Tamalpais, Sausalito and Tiburon, Raccoon Straits, Angel Island, distant east bay hills and further north, the Richmond Bridge, Alcatraz, San Francisco downtown high rises and marinas, the Ferry Building, Beaux Arts City Hall, sail boats, shipping lanes, the Bay Bridge, Berkeley and the ports of Oakland, Mt. Diablo … the view is an ever changing dynamic scene, simply awesome!

An article about the house that appeared in 1961 House & Garden Book of Buildings, featuring the interior by designer Peter Rocchia, describes an original solution for “stepping down a hill”. Using the spacious two car garage at the uphill street level as a screen for the house, they developed a planted, canopied and terraced entrance with a large center courtyard, and placed the house at the rear of the downhill side, creating entry to the residence on the middle level. Located here are all the main public rooms, living and dining rooms facing the sweeping panoramic bay views, kitchen and family room turned to the south courtyard. All five bedrooms are upstairs, two capturing grand vistas from the rooms as well as an attached wide deck. Whereas, three family bedrooms, also with their own deck, overlook the south facing courtyard. The lowest level was originally a workshop plus storage, now a rumpus room/suite that includes the north bay view.

This is a centrally located, friendly San Francisco neighborhood on the east slopes of Twin Peaks facing the city, surrounded by natural open spaces, hiking and biking trails, with undoubtedly the best panoramic views of the city and bay. This entirely residential neighborhood has stately homes as well as small bungalows - a tranquil area with easy access to city life and activities.

Clarendon Heights is also home to a wide spectrum of architecture. The eclectic styles found here are mostly a mixture of Tudors and Villas as well as Mid-Century Modern and Sleek Contemporary homes. Rightfully motivated by the panoramic views, the homes were built into the hills, complete with hillside stairways and terraced flat streets to help residents navigate the neighborhood on foot.

While it resembles a completely upscale suburban environment, the compact community is also home to thoroughfares along Clarendon Avenue and Twin Peaks Boulevard, a portion of the SF 49-Mile Scenic Drive, providing links to amenities found in neighboring districts.

Tank Hill, in the northeastern corner of the neighborhood, is a hidden park and local favorite as well as a city destination, with a pathway leading to Cole Valley.

Sutro Tower hovers over the city from these hills and its beacon can be seen from all over the bay area. Clarendon School, located here, is one of the most sought after public schools in the city.

Clarendon Heights offers a serene respite in an ideal location with a calm undertone that lures residents looking for a peaceful life within the city.

It's all downhill from Twin Peaks. Literally. These are two prominent hills with an elevation of about 925 feet, only Mt. Davidson is higher at 928. The 31 acre protected Natural Area is mostly undeveloped and is a preserve for native fauna including Red Tail Hawks and the Mission Blue Butterfly as well as indigenous plant life.

Twin Peaks offers the ultimate views of the city within the bay. On a foggy night, watching the lights of the city far below, and listening to the mournful toll of the fog horns, it’s easy to believe you are standing on the prow of a ship in the middle of the ocean.

Instead you are nearly at the geographic center of San Francisco. Stroll down one hill and you are in Cole Valley, with access to Golden Gate Park, a tidy retail district of shops and restaurants, the N-Judah and an easy commute downtown or to Ocean Beach. In the other direction, straight down 17th Street, the Castro lies stretched out at the foot of the hill, serviced by Muni Metro. Hugging the slopes of Twin Peaks, the quiet, curving streets lead to homes offering unobstructed views of the city below.